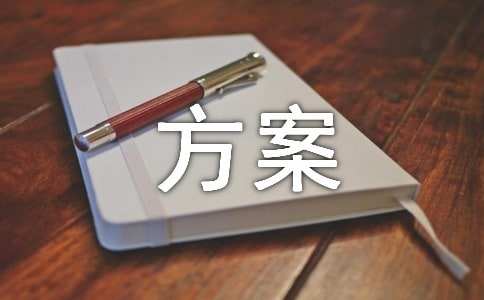 Good morning, ladies and gentlemen, I’m very glad to make a speech here. today my topic is “I love you, China.” Since the day I was born, I began to have a proud name—Chinese. since the day I began to talk, the most beautiful sentence I’ve ever learnt has been “i love you,China!” I love you, China, and i’m so proud of being a Chinese. I’m proud that I’ve got the beautiful yellow skin, black eyes and black hair. I’m also proud that I speak the most beautiful language in the world—Chinese. I love you, China, for I can feel the deep love you give me every day, every minute. last year, I got an opportunity to visit the united states of america. during my staying there, my father’s boss once invited my family to dinner. while at table, he looked at me and asked：

“little boy, how long have you been in america?” “about a month,” I answered, “how lucky you are!” he said, “if you were living in China, how could you learn such perfect english?” I smiled and told him proudly that all the students in China are able to learn english at school. I saw his surprised eyes and said to myself, “i’m proud of you, China. for you are offering us the best education.” When I came back from the usa, my friends asked me：

“how do you feel about

your staying there?” “wonderful” I said. “then why do you come back?” hearing this, I told them there were lots of beautiful countries in the world, but none of them can compare with our own country—China. how true the saying is：

“there’s no place like home!” I love you, China. as a young student, all we should do is to study hard and devote ourselves whole-heartedly in the future, to the great cause of building you into an even stronger and greater country in the world. I love you, my dear motherland! I love you, China! Thank you for your listening !

Honesty means speaking the truth and being fair and upright in act. Considered as a virtue, it is admired in every country and every culture. One who lies and cheats is dishonest. Dishonesty is generally looked down upon as an evil, and therefore is despised and condemned by everyone. As the proverb goes, “honesty is the best policy”. If you want to win the trust and respect from others, you have to be honest. People are ready to help and make friends with honest persons, whereas a liar is not believed even when he speaks the truth. If you want to succeed in your study and work, the first qualification is honesty. Therefore, whatever your aim is, you must work honestly to reach it. Many people, however, try various dishonest means in order to get what they want. For instance, some people manage to get promoted by briery or telling lies. Some academic works are full of plagiarisms. Some students cheat in exams instead of making honest efforts. Money-oriented salespeople cheat consumers by

advertising fake commodities. Such people are condemned and will be punished sooner or later though they benefit from their dishonest behaviors for the time being. 简洁的英语演讲稿 3

In the previous several exams, I have gained good results, first of all thanks to my efforts, of course, learning is also very important. Next, I gave you about my learning experience.I feel good in order to learn first-come interested in learning. As the saying goes: Interest is the best teacher. With interest will be motivated to learn, the more naturally learn better. Second, in order to improve learning, we must master the correct way to learn, learn to digest, giving top priority, this is the most important. In learning, our minds must have three words - Why! Smart people know that; wise men know to listen to; smart people know to ask. The last is sure to be hard work, this is the most important, even Thomas Edison said Genius needs ninety-nine percent perspiration.School should seriously lectures, and pay attention to more independent thinking, do not know want to ask, to exercise their thinking skills. Careful and meticulous to teacher assignments, must not be careless. There is, to take notes, preview before clathe best, first have a preliminary

understanding of the text, which for the next clacan more easily absorb. After-school must also be reviewed, and consolidate the knowledge about good teachers, and lay a solid foundation. The ancients have said: Reviewing the Old, to be a teacher. Not also the truth? Best to pay attention to work and rest. Only care about the death of reading is of no use to let my mind relax properly for the job such as playing baseball, listening to music, watch TV news.Finally, I want to say do not you go stronger than others, then you have to and they are better than weak, you challenged yourself to stay on a par before himself, and you will reap better than others.I finished the speech Thank you! 简洁的英语演讲稿 4

Anglo-Saxon era. As a result of the military, economic, scientific, political, and cultural influence of the British Empire during the 18th, 19th, and early 20th centuries and of the United States since the mid 20th century,it has become the lingua franca in many parts of the world. It is used extensively as a second language and as an official language in Commonwealth countries and many international organizations. Historically, English originated from several dialects, now collectively termed Old English, which were brought to Great Britain by Anglo-Saxon settlers beginning in the 5th century. The language was influenced by the Old Norse language of Viking invaders. After the Norman conquest, Old English developed into Middle English, borrowing heavily from the Norman (Anglo-French) vocabulary and spelling conventions. The etymology of the word English is a derivation from 12th century Old English: englisc or Engle, and plural form Angles; definition of, relating to, or characteristic of England. Modern English developed with the Great Vowel Shift that began in 15th-century England, and continues to adopt foreign words from a variety of languages, as well as coining new words. A significant number of English words,

especially technical words, have been constructed based on roots from Latin and ancient Greek. 简洁的英语演讲稿 5 Ladies and Gentlemen：

Good morning! I’m very glad to stand here and give you a short speech.

Man’s life is a process of growing up, actually I’m standing here is a growth. If a person’s life must constituted by various choices, then I grow up along with these choices. Once I hope I can study in a college in future, however that’s passed, as you know I come here, now I wonder what the future holds for me. When I come to this school, I told to myself: this my near future, all starts here. Following I will learn to become a man, a integrated man, who has a fine body, can take on important task, has independent thought, an open mind, intensive thought, has the ability to judge right and wrong, has a perfect job. Once my teacher said :” you are not sewing, you are stylist; never forget which you should lay out to people is your thought, not craft.” I will put my personality with my interest and ability into my study, during these process I will combine learning with doing. If I can achieve this “future”, I think that I really grow up. And I deeply believe kindred, good-fellowship and love will perfection and happy in the future. How to say future? Maybe it’s a nice wish. Lets make up our minds, stick to it and surely well enjoy our life. 简洁的英语演讲稿